51. The Life and Work of MM Kalburgi (with Manu V Devadevan)

The Clamour of Innocence 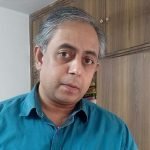 Historian and Infosys Prize Winner Manu Devadevan talks about the life and work of MM Kalburgi. This episode is an edited audio discussion first aired as a BIC Streams livecast on August 30, 2020, on the anniversary of his untimely death in 2015.

Born in a peasant family in 1938, Professor M.M. Kalburgi went on to become one of the most influential historians of Karnataka in the post-independence times, exploring the history of language, literature and religious life in pre-colonial Karnataka. In his lifetime, Kalburgi published more than 100 books, including monographs, essay collections and critical as well as popular editions of a wide range of literary works in Kannada. He is especially known for his seminal contributions to the study of Old Kannada and the vachana literature.

MM Kalburgi was assassinated in 2015 at his residence in Dharwad, following the assassination of Narendra Dhabolkar in Pune in 2013.

Manu V. Devadevan makes an assessment of Kalburgi’s career and contribution to research on the history of precolonial Karnataka. He begins by reflecting upon the formative influences on the late professor, his research methods, and goes on to make an overview of his academic output, critically interrogating one of several theses that Kalburgi developed.

You can find MM Kalburgi’s books and collections of articles here.

Manu V. Devadevan teaches History at the Indian Institute of Technology Mandi, Himachal Pradesh, and received the Infosys Prize in Humanities for the year 2019. He has published over a dozen books, including Prithviyallodagida Ghatavu: Karnatakada Ninnegalu (Akshara Prakashana, Heggodu, 2009), A Prehistory of Hinduism (DeGruyter, Warsaw and Berlin, 2016), and The ‘Early Medieval’ Origins of India (Cambridge University Press, New Delhi, 2020).