Living and Working on the Move 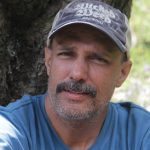 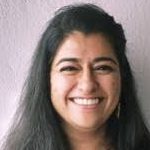 Vasant Saberwal from the Centre for Pastoralism talks to Aarati Halbe about the life, livelihood and challenges of pastoral communities of India. Millions of people in India follow a pastoral way of life. They tend to a vast majority of millions of sheep, goats, camels, cows, buffaloes and other animals. While invisible to most city dwellers, they remain an integral part of Indian society and economy.

Vasant and Aarati discuss how pastoral communities live today, and they explore themes of economic production, upward mobility and sustainability. They discuss how a pastoral mode continues to make eminent sense in the 21st century, even as the Indian State continues to erect barriers, both physical and legal.

Vasant Saberwal is the Director of the Centre for Pastoralism and anchors the centre’s research agenda. Vasant obtained his Master’s degree in wildlife biology from the Wildlife Institute of India, and his PhD on the politics of shepherd access to grazing resources in the Himalayas, from Yale University. Between 1999 and 2004 he was part of Moving Images, where he co-directed a series of films on a range of environmental issues. Between 2004 and 2014 he worked at the Ford Foundation where he oversaw work on rainfed agriculture, pastoralism and the Forest Rights Act. He was the founding editor of the Journal Conservation and Society. His publications include Pastoral Politics; People, Parks and Wildlife; Battles over Nature; and Democratizing Nature. Visit his Google Scholar profile to read more.

Aarati Halbe worked in Kachchh with Sahjeevan and the Centre for Pastoralism from 2013-2016 as the curatorial anchor and coordinator for the exhibition Living Lightly: Journeys with Pastoralists. Aarati has an MSc in Environment & Development from the London School of Economics. She currently works in corporate social responsibility and is based in Bangalore.