The Systemic Impact of Delays in Indian Courts 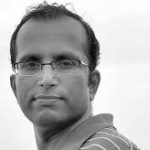 Harish Narasappa and Sarayu Natarajan explore the wide-ranging implications of judicial delays on Indian society, delve into why delayed justice is such a pernicious problem, and talk about how it can be addressed. Sarayu and Harish discuss themes explored in the recent book Justice Frustrated: The Systematic Impact of Delays in India, edited by Shruthi Vidyasagar, Shruthi Naik and Harish Narasappa.

Harish Narasappa is a lawyer and co-founder of Daksh India, a not-for-profit organisation based in Bangalore. Since 2014, Daksh has been running the Rule of Law project, to evaluate judicial performance and in particular, to study the problem of pendency of cases in the Indian legal system. Harish is also the founding partner of the law firm, Samvad Partners. Harish has extensive experience in advising on cross-border mergers and acquisitions, banking, corporate financing, private equity, projects, regulatory, and dispute resolution matters. He is also a member of the Karnataka Election Watch and National Election Watch.

Sarayu Natarajan is a political scientist with a background in law, and Founder of the Aapti Institute. She also hosts the Ganatantra Podcast on politics in India. She has a PhD in Political Science from King’s College London, a Master’s in Public Policy from the School of International and Public Affairs (SIPA) at Columbia University, and an arts and law degree from the National Law School of India University, Bangalore (NLSIU).