36. The Life and Legacy of VKRV Rao (with SL Rao, Uma Kapila and Ravi Kanbur) 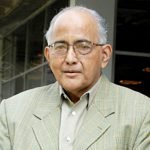 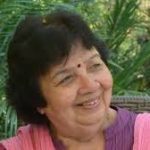 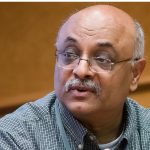 V.K.R.V. Rao (1908-1991) was an eminent Indian economist, politician and institution builder. Studying under John Maynard Keynes, Rao worked on some of the earliest estimates of India’s national income statistics and published a range of important economic research on poverty, developmental economics, and macroeconomics. Apart from a career in politics, Rao also mentored generations of Indian economists, and helped establish numerous Indian institutions like the Delhi School of Economics, the Institute of Economic Growth in Delhi, the Institute of Social and Economic Change Bangalore, the Indian Council of Social Science Research, and many more.

S.L. Rao, Uma Kapila and Ravi Kanbur share their personal reminiscence of V.K.R.V. Rao, discuss his contributions to economics and to institution building.

Dr. SL Rao is a columnist and an emeritus professor who has worked in academia, at think tanks and in the private sector through his life. He was previously the Director General of NCAER in Delhi and Chairman of ISEC in Bangalore. Dr. Uma Kapila is a retired faculty of economics at Miranda House in Delhi, and the co-founder of the Indian publishing firm Academic Foundation. Dr. Ravi Kanbur is a Professor of Economics at the Dyson School of Applied Economics and Management at Cornell University.