33. Women who shaped the Indian Republic (with Priya Ravichandran and Shruti Viswanathan)

Impact beyond the Constituent Assembly 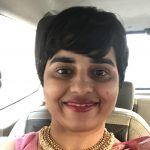 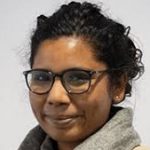 Priya Ravichandran and Shruti Viswanathan explore the role of women in the Constitution making and nation building process on Episode 33 of BIC Talks.

Priya and Shruti explore the rise of political feminist consciousness in the Indian national movement, looking at the influence of global, and home grown, suffragette movements on the Indian independence movement. They also discuss the roles of individual women in the Constituent Assembly and their political and personal struggles.

Priya Ravichandran (@binaryfootprint) has been a student and analyst in the field of politics and policy making for the last 14 years. She has written extensively about the women in the Indian constituent assembly in a number of publications and in her blog, 15 for the Republic.

Shruti Viswanathan runs ‘The Equals Project‘, which conducts workshops for children and young adults, teaching Constitution creation through experiential learning. Shruti is a graduate of the National Law School of India University, Bangalore. She has a Master’s in Law and Diplomacy from the Fletcher School, Tufts University.

In June, Shruti hosted a conversation with Aakash Singh Rathore on his new book, Ambedkar’s Preamble, on BIC Streams.