32. India in the Persianate Age (with Richard Eaton and Prashant Keshavmurthy) 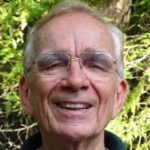 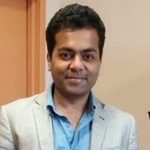 Historian Richard Eaton talks to Prashant Keshavmurthy about his latest book, India and the Persianate Age: 1000 to 1765. Richard and Prashant discuss how the complex interaction, coexistence, and clash of Persian and Sanskritic worlds shaped the Indian subcontinent for nearly 800 years. They discuss how it was the linguistic and cultural spheres, and not just modern views of religions, that defined society, statecraft and culture in India.

Richard and Prashant also discuss different amalgam ideas on statecraft and worldviews, the role of military recruitment in driving caste formations and caste identities, of Sufism and its equations with kingship, and a lot more.

India and the Persianate Age: 1000 to 1765 is available in India and abroad in hardcover, paperback and Amazon kindle editions. You can access Richard’s previous books here as well.

Richard M. Eaton is a Professor of History at the University of Arizona who focuses on the social and cultural history of pre-modern India. He has previously written monographs on the social roles of Sufis (Muslim mystics) in the Indian sultanate of Bijapur (1300-1700), on the growth of Islam in Bengal (1204-1760), and on the social history of the Deccan from 1300 to 1761, and on the interplay between memory and art in the Deccan plateau between 1300 and 1600.

Prashant Keshavmurthy is an Associate Professor of Persian-Iranian Studies at the Institute of Islamic Studies at McGill University. His first book was published in 2016 titled, Persian Authorship and Canonicity in Late Mughal Delhi: Building an Ark (Routledge).