What it Means for India 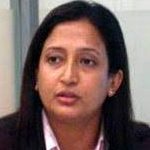 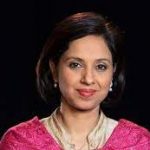 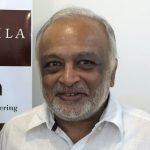 The American mission in Afghanistan came to a tragic and chaotic end when The U.S. military departed the country on Aug. 30, a day ahead of schedule, ending a 20-year occupation and leaving Afghanistan in the Taliban’s hands. A ferocious offensive had delivered victory to the Taliban on Aug. 15, hours after the president, Ashraf Ghani, fled the country. Taliban leaders took his place in the presidential palace, driving tens of thousands of people to the country’s borders. Others flooded to the international airport in Kabul, where crowds scrambled to be part of the evacuations of foreign nationals and their Afghan allies.

Days of chaos at the airport were punctuated by a suicide attack on Aug. 26 that killed as many as 180 people. The collapse of the Afghan government, after the United States spent billions to support it and the Afghan security forces, was a crushing and violent conclusion to the U.S. military mission in America’s longest war. (Source: https://www.nytimes.com/article/afghanistan-war-us.html)

India has been one of the biggest contributors towards global efforts at reconstructing Afghanistan. Over the last two decades, India’s development partnership with Afghanistan has had four fundamental elements: a) humanitarian assistance; b) infrastructural projects; c) small and community-based development projects; and d) capacity-building programmes. (Source: https://www.orfonline.org/research/the-future-of-indias-development-cooperation-in-afghanistan/)

In this episode of BIC Talks recorded in November 2021, experts on India-Afghanistan relations, Suhasini Haidar, Shantie D’souza and Anand Arni give us a reading of the situation and analyse the implications of the recent developments with respect to India’s relations with the people of Afghanistan.