The Revolutionary Spirit of Reggae 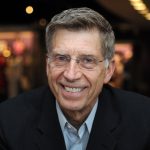 Reggae is a music genre that originated in Jamaica in the 1960s and its popularity quickly spread around the world, in large part due to Bob Marley. In this talk, Bob Santelli traces the roots of this genre, its musical characteristics, its key themes and messages including socio-political criticism, and its resonance around the world.

This is the second talk in the series on “music from around the world” in collaboration with the Indian Music Experience Museum.