131. The Light of Asia (with Jairam Ramesh and Radhika Chadha)

Biography of an Epic Poem 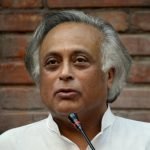 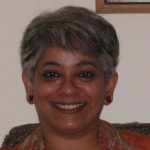 The Light of Asia is an epic poem by Sir Edwin Arnold that was first published in 1879. It is a narrative of the life and message of the Buddha. It quickly became a huge sensation and has continued to resonate powerfully across the world over the last century and a half. Weaving together literary, cultural, political and social history, author and parliamentarian Jairam Ramesh talks to author and independent consultant Radhika Chadha on how he managed to uncover and narrate the fascinating story of this deeply consequential and compelling poem that has shaped our thinking of an ancient sage and his teachings.

Ramesh brings into this unusual narrative the life of the multifaceted poet himself who, among other things, was steeped in Sanskrit literature. Sir Edwin Arnold’s The Song Celestial, an English rendering of the Bhagavad Gita, was one of Mahatma Gandhi’s abiding favourites. Sir Arnold was also in many ways the man who shaped Bodh Gaya as we know it today.