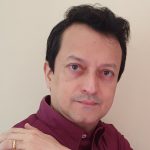 This is the first in the series, Passion and Plurality, arranged in a collaboration between the Literature platform of the Kala Ghoda Arts Festival, Mumbai and the Bangalore International Centre.

Ranjit Hoskote walks us through the engagement of an extraordinary set of people who used the mass media of their time to bring their passion, be it art, science or human endeavour to a larger audience. He draws attention to four television series that used the wide-reaching impact of the medium. By elaborating on each of the individual styles and political and philosophical positions of these four ‘popularisers’ whose ‘democratising projects’ attempted to build bridges between ‘expert cultures’ and ‘popular audiences’, Hoskote builds on what is in one sense, a journey of nostalgia through these series, in another, a personal journey, a tribute to a set of exposures that had excited him and influenced the range of his thinking as a young person, to investigate these ‘experiments in public reason’ in the context of understanding what it means to strive to be cosmopolitan, to be cognisant of and invested in the multiplicity of interconnections that define us.

In the discussion that follows, Prem Chandavarkar responds to the presentation through a set of statements, polemical, challenging and reinforcing, that stimulate us to think about the meaning of the public space, the truth of public reason, and the promise of the mass media.

An examination of the impact of mass media on culture, pedagogy and reason, this presentation and conversation, with its many intellectual dimensions — facilitated as it is by the internet, presented on today’s mass media and accessed through today’s methods of wide dissemination — leaves us thinking about the meaning of public engagement, and demands of us, the listeners, that we contribute to the thinking about ways to craft public interactions as we move into a changing future.

Listen to the full, unedited video of this session here.